The following code XXXXXXX will be applied to your next purchase

The Evolution Of The Bowl Pipe

The Genius Pipe is the modern version of the traditional smoking pipe.

A Pipe uses a hollow bowl used for smoking and is equipped with a hollow stem through which smoke is drawn into the mouth.

The smoking of tobacco through a pipe is indigenous to the Americas and derives from the religious ceremonies of ancient priests in Mexico. Farther north, American Indians developed ceremonial pipes, the chief of these being the calumet, or pipe of peace. Such pipes had marble or red steatite (or pipestone) bowls and ash stems about 30 to 40 inches (75–100 cm) long and were decorated with hair and feathers. The practice of pipe smoking reached Europe through sailors who had encountered it in the New World.

Clay pipes may smoke clean, but they also smoke hot and are easy to break. Meerschaum pipes are beautiful and smoke cool, but are expensive and difficult to make. Briar presented the world with a way to make cool, clean and unique smoking pipes with much more ease than ever before.  Today, the Genius Pipe is the next step in this evolution.  There is now a pipe that incorporated the cooling and filtering of smoke right into the device to provide a safer, more practical way to smoke.

Just like the corn cob pipe disrupted the pipe market in the last 1800's, the Genius Pipe is the newest innovation in smoking pipes. The Genius Pipe allows you to enjoy smoking by eliminating tar and cooling the smoke as you inhale. 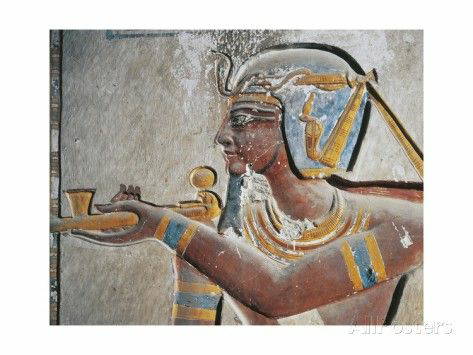 Example of a pipe used Egypt during around 2000 B.C. (Photo Credit: snapshotsofhistory.quora.com)

Archaeological investigation has linked the first smoking pipes, made of copper, to Egypt around 2000 B.C. The pipes were found inside of tombs, next to mummies, though it's not clear if the pipes were used for religious ceremonies or were recreational. 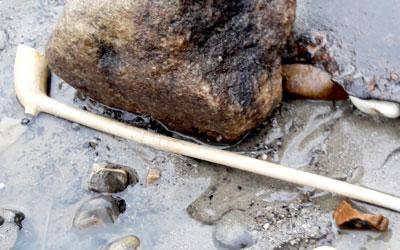 The first manufactured tobacco pipes were made of clay, and mostly came from Northern Europe, at around the end of the sixteenth century. It was at the beginning of the seventeenth century when William Baernelts moved from his native England to Holland, to launch the first mass production of clay pipes. Despite starting out slowly, production then expanded to England and the south of France. After the Thirty Years’ War in France (1618-1648), the first clay pipes were made in Dunkirk and Dieppe, replicating the Dutch design. Due to its free port status, Dunkirk played a key role in receiving tobacco from North America, and distributing it across the territory. Saint Malo adopted the English technique. These two production techniques expanded across the rest of France, and other manufacturers were established in Saint Omer, Rouen, Rennes, Marseilles, and plenty of other locations.

During the mid 18th-century, a whole new type of material found its way into the pipe smoking world called meerschaum. This mineral can be found in deposits around the world but most notably near Eskisehir in Turkey. Meerschaum pipes started to grow in popularity because they were easy to carve integrate designs into, as well as their unique coloring.

The first recorded use of meerschaum for making pipes was around 1723. It quickly became prized as the perfect material for providing a cool, dry, flavorful smoke. Because of the porous nature of meerschaum moisture and tobacco tar are drawn deep into the stone. Meerschaum became a premium substitute for the clay pipes of the day and remains prized to this day, although since the mid-1800s briar pipes have become the most common pipes for smoking. 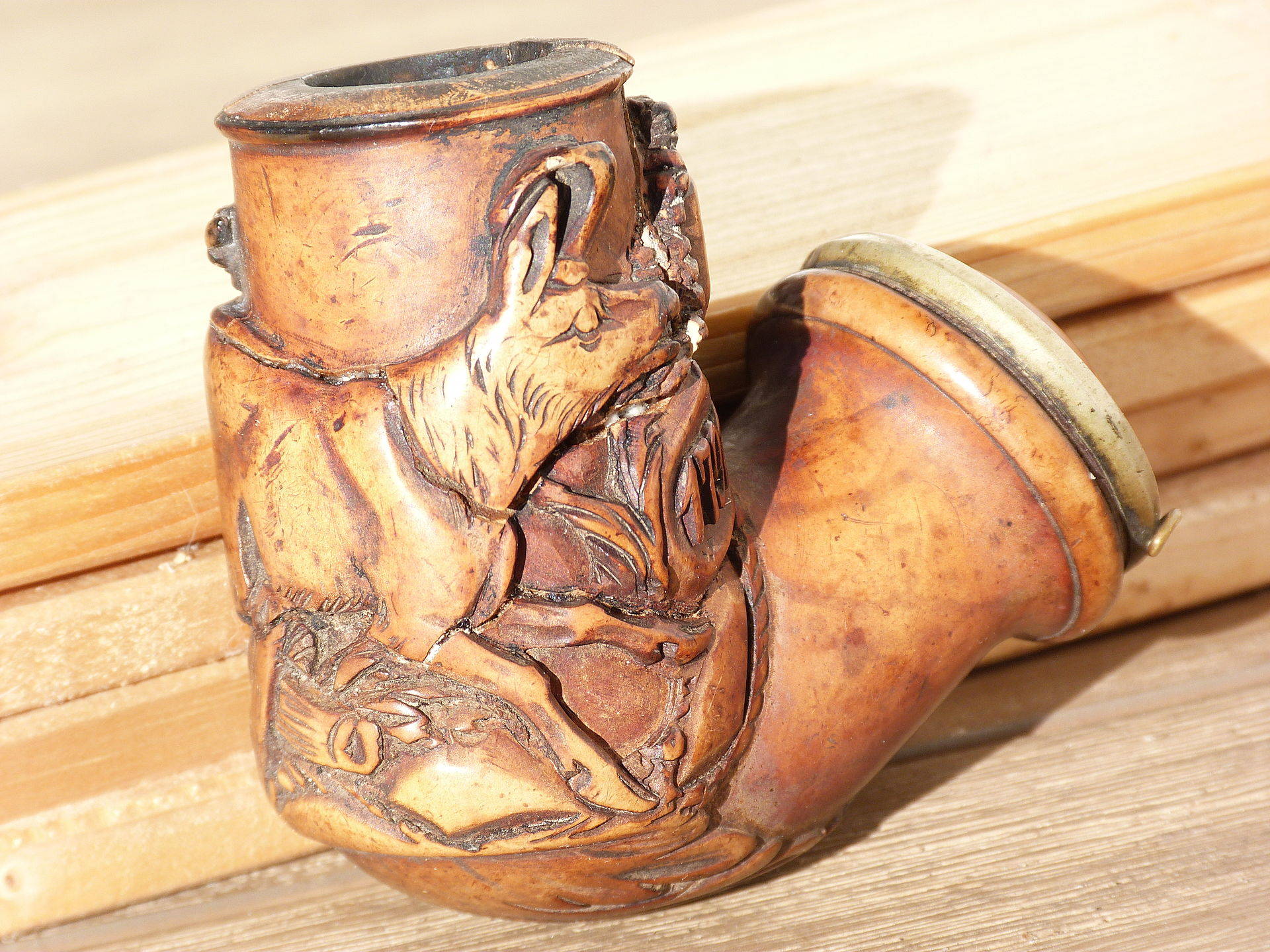 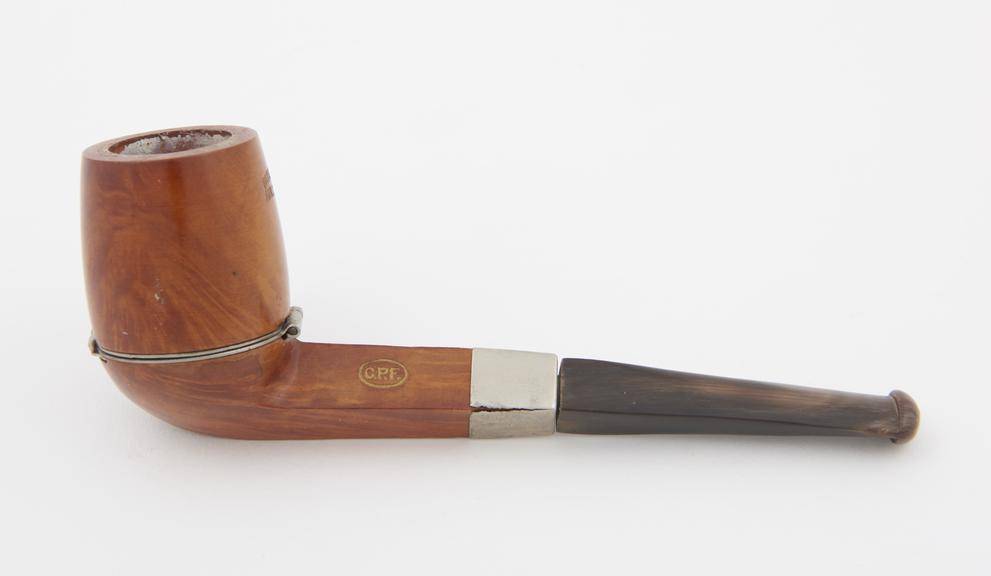 Frenchman, Emil Loewe, is said to have been the first to make briar pipes in London Briar around the 1860s.  Briar is a particularly well suited wood for pipe making for a number of reasons. The first and most important characteristic is its natural resistance to fire. The second is its inherent ability to absorb moisture. The burl absorbs water in nature to supply the tree in the dry times and likewise will absorb the moisture that is a byproduct of combustion. Briar is cut from the root burl of the tree heath (Erica arborea), which is native to the rocky and sandy soils of the Mediterranean region. Briar burls are cut into two types of blocks; ebauchon and plateaux. Ebauchon is taken from the heart of the burl while plateaux is taken from the outer part of the burl. While both types of blocks can produce pipes of the highest quality, most artisan pipemakers prefer to use plateaux because of their superior graining.

In 1869, a Dutch immigrant woodworker named Henry Tibbe first began production of the corn cob pipe. Legend has it that a local farmer whittled a pipe out of corn cob and liked it so much he asked Henry Tibbe to try turning some on his lathe. Because the farmer was well-pleased with the results, Henry made and sold a few more in his woodworking shop. Tibbe’s pipes proved to be such a fast selling item, he soon spent more time making pipes for customers than working with wood, and began full time production of corn cob pipes.

In 1907 the H. Tibbe & Son Co. became the Missouri Meerschaum Company. The word “meerschaum” is derived from a German word meaning “sea foam.” Meerschaum is a Turkish clay used in high grade pipes. Tibbe likened his light, porous pipes and their cool smoke to that of the more expensive meerschaum pipes and coined the name “Missouri Meerschaum” for his pipes. Tibbe and a chemist friend devised an innovative system of applying a plaster-based substance to the outside of the corn cob bowls. In 1878, Tibbe patented this process.

A nationwide distribution system was eventually established for the sale of Tibbe’s pipes. Other pipe firms also developed, so by 1925 there were as many as a dozen corn cob pipe companies in Franklin County, Missouri – most of them in Washington. Today, Missouri Meerschaum stands alone as the first and only surviving piece of this living history. These gentle pipes are smoked and loved all over the world as well as being used as souvenirs, often imprinted with the name of a city, business, or event. 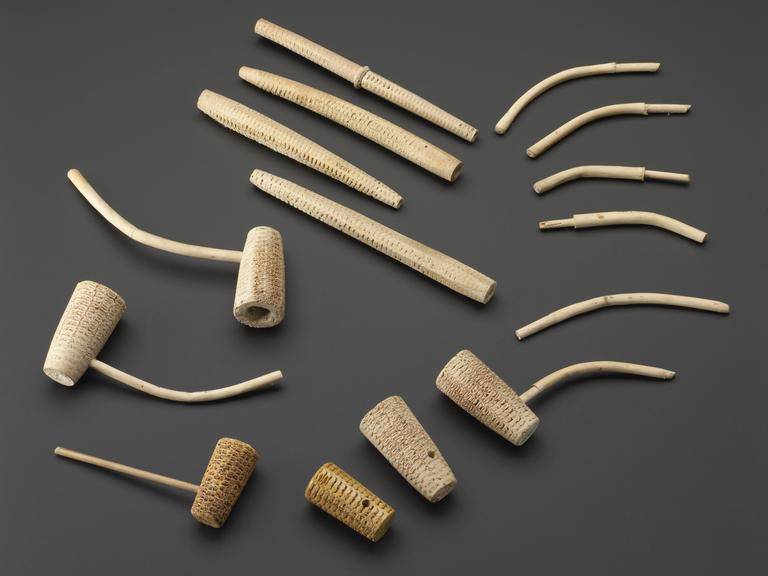 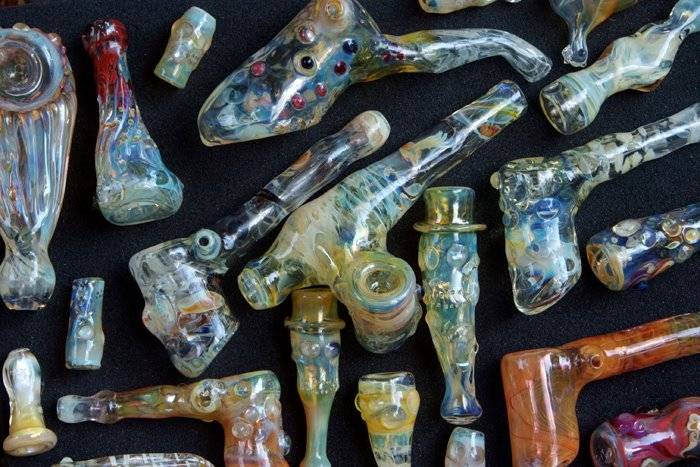 Bob Snodgrass is credited with developing the glass-pipe-making techniques used to make glass pipes while touring with the Grateful Dead in the 1970s and '80s.

The first patent for glass pipes was filed in 1977.

Initially, the creators of the Genius Pipe were not working on a pipe at all. Instead, they were working on the world’s most advanced cooling system for keeping gaming computers from overheating while at top speed. For this, they offered a novel method of using dimples to recreate boiling effect (nature’s fastest way to remove heat), but at normal temperature.

To accomplish the feat, the team crafted a specially designed dimpled surface that created thousands of tiny tornadoes, each generating millions of micro bubbles and mimicking the boiling process. Similar principles also are applied in some of the most advanced supersonic jets and nuclear power plants. 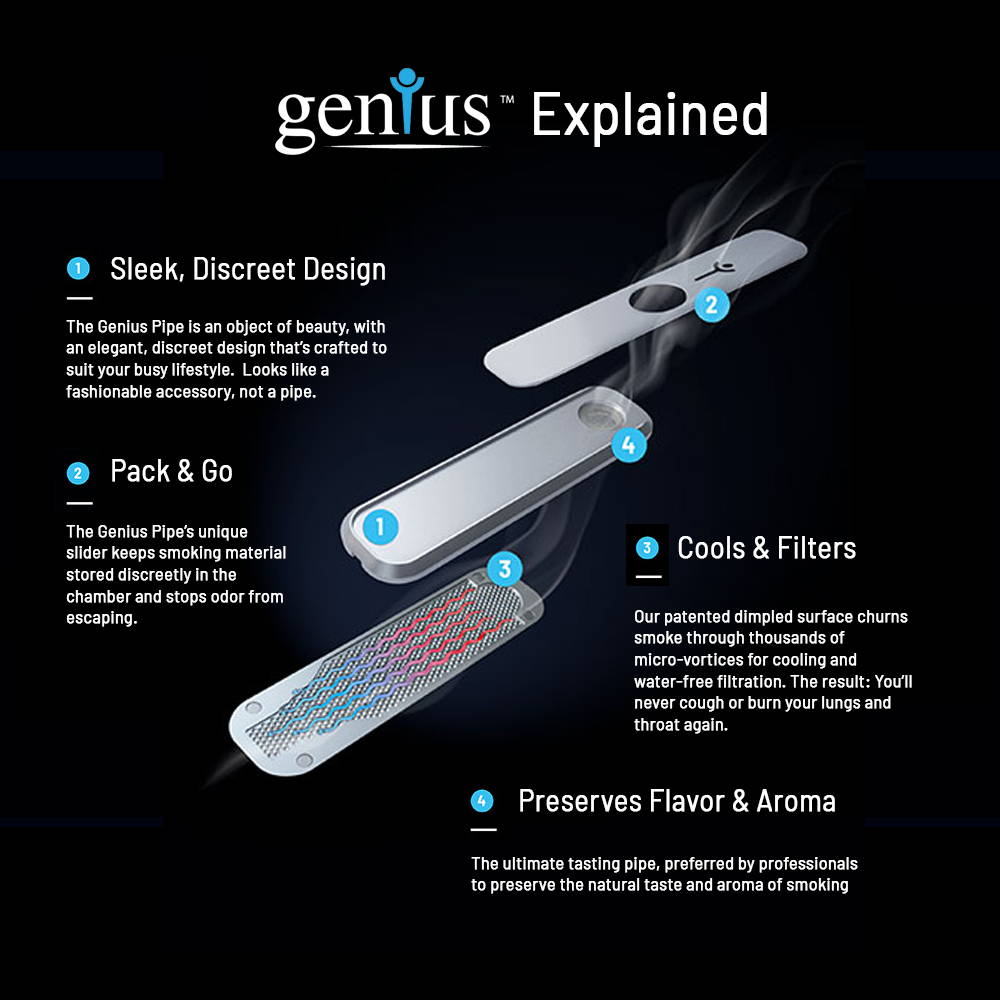 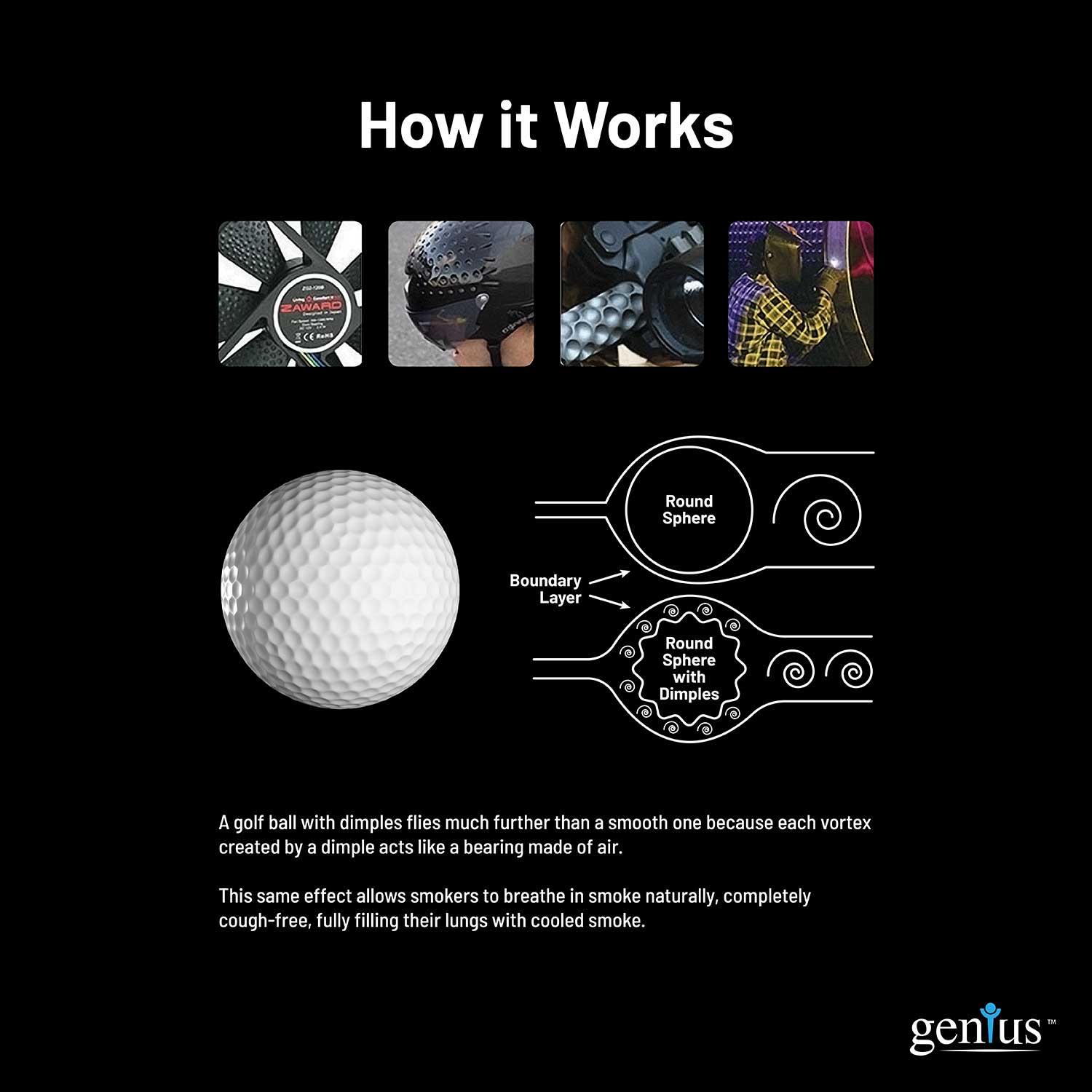 Being a smoker himself, Dyan Ferman figured the same concept could be applied to an “air-cooled” pocket-sized pipe. To test his theory, he took the CPU cooling block from a computer his team was working on, rigged a bowl to one end and a mouthpiece to the other, and took a drag. “It worked amazingly,” he said. “We were stunned by the effect.”

Having no liquid and no electronics translated into a deceptively simple device. The Genius Pipe is made from three rectangular-shaped pieces of anodized aluminum and steel held together with strong magnets. It measures six inches in length, making it truly pocket-sized and portable. The two main sections contain the dimples—2,000 of them, to be exact.

The pipe’s sliding cover features a Genius logo cutout and a round hole that can be slid forward to open the bowl for use, or back to close off the bowl. Closing the slider allows the user to store smoking material for later. It also instantly extinguishes the flame, so no smoking material is wasted after taking a hit.

When the precision-cut pieces are snapped together, an air-flow route is created between the bowl and the mouthpiece (nothing more than a small slit at one end). The dimples not only cool the smoke, but also catch tar, oil, and sap. When the smoke finally reaches a user’s mouth and lungs, it is remarkably cool, smooth and cough-free. 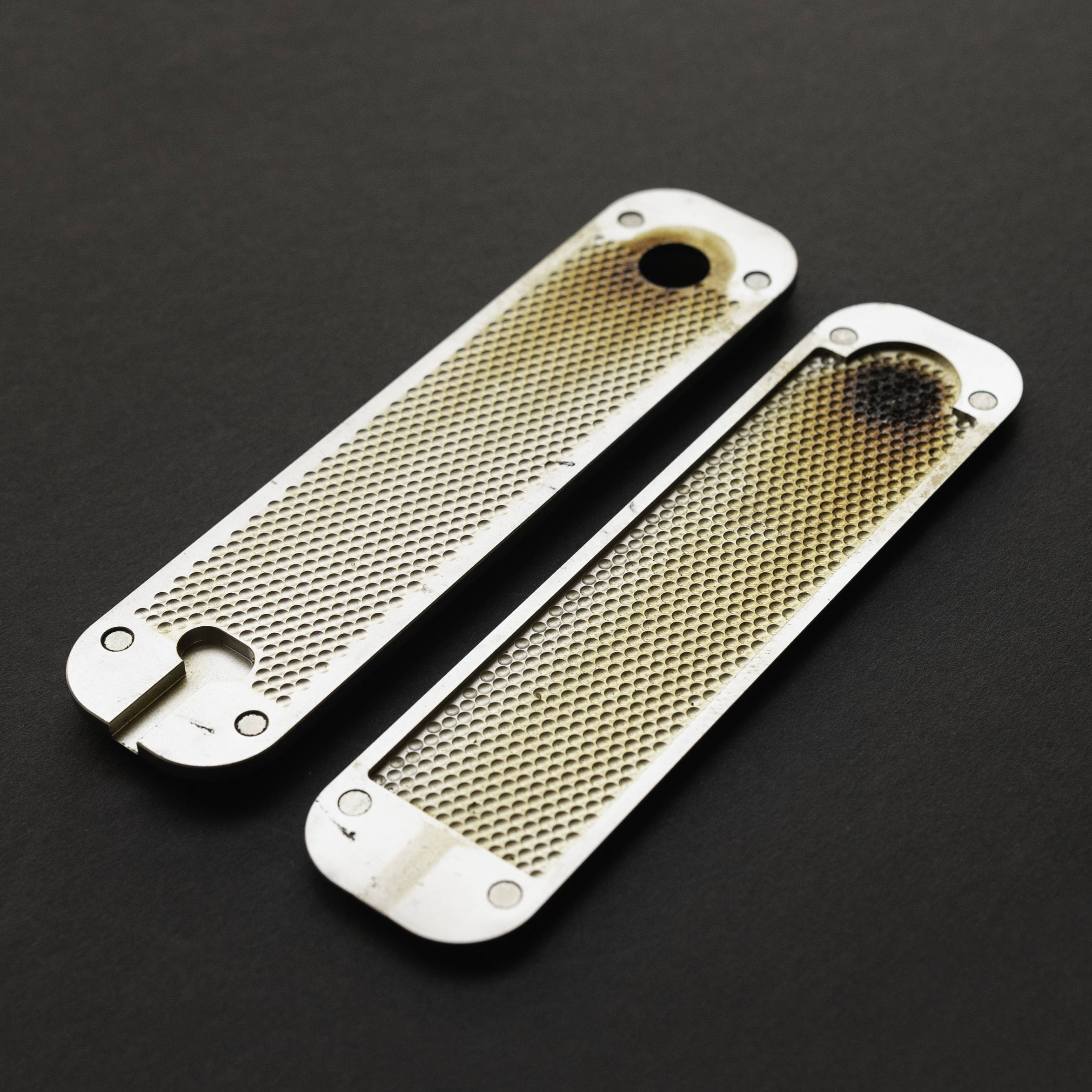 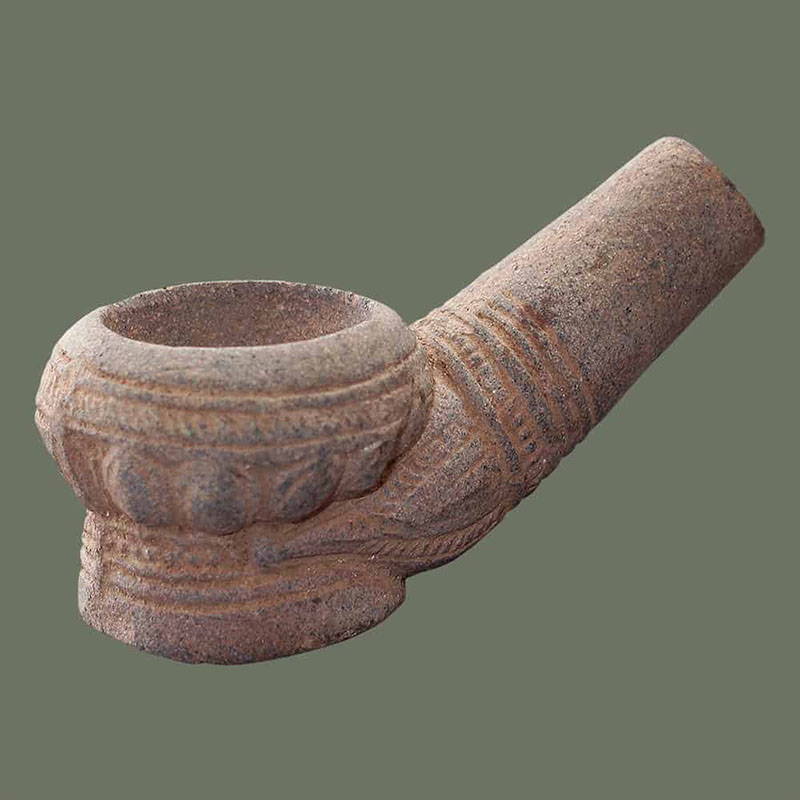 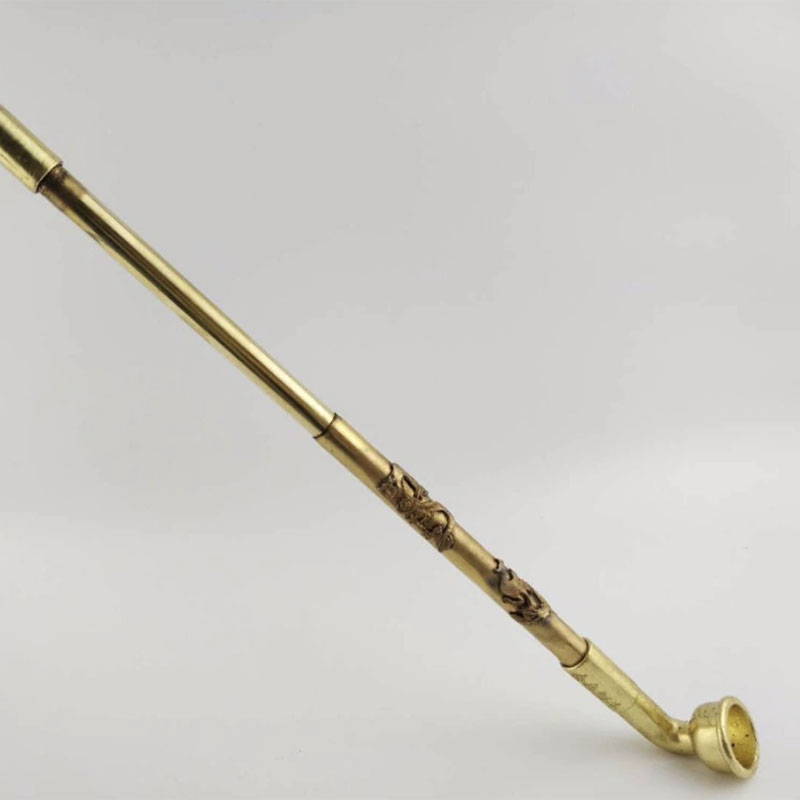 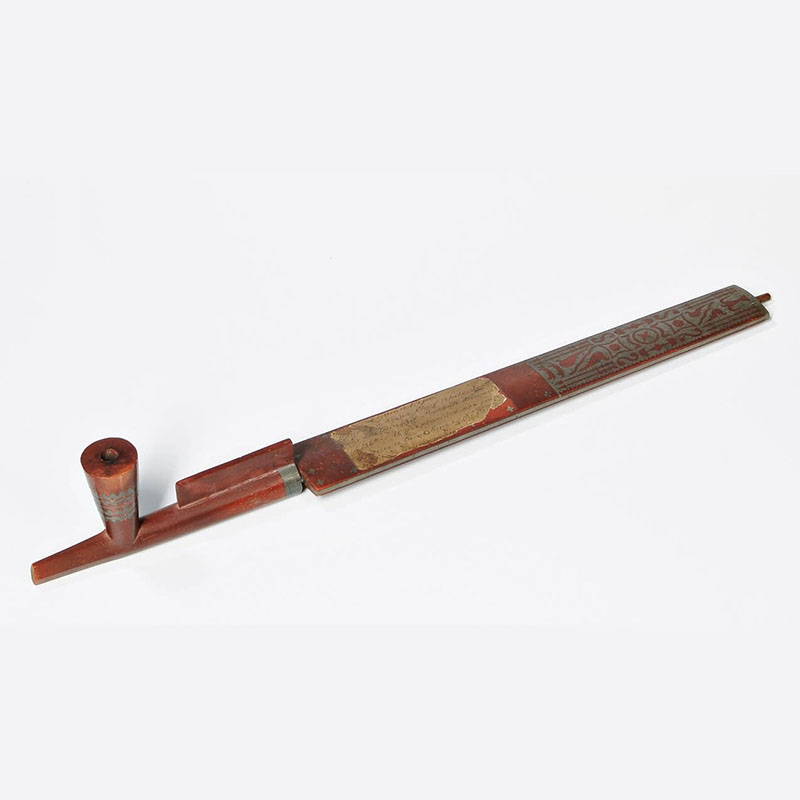 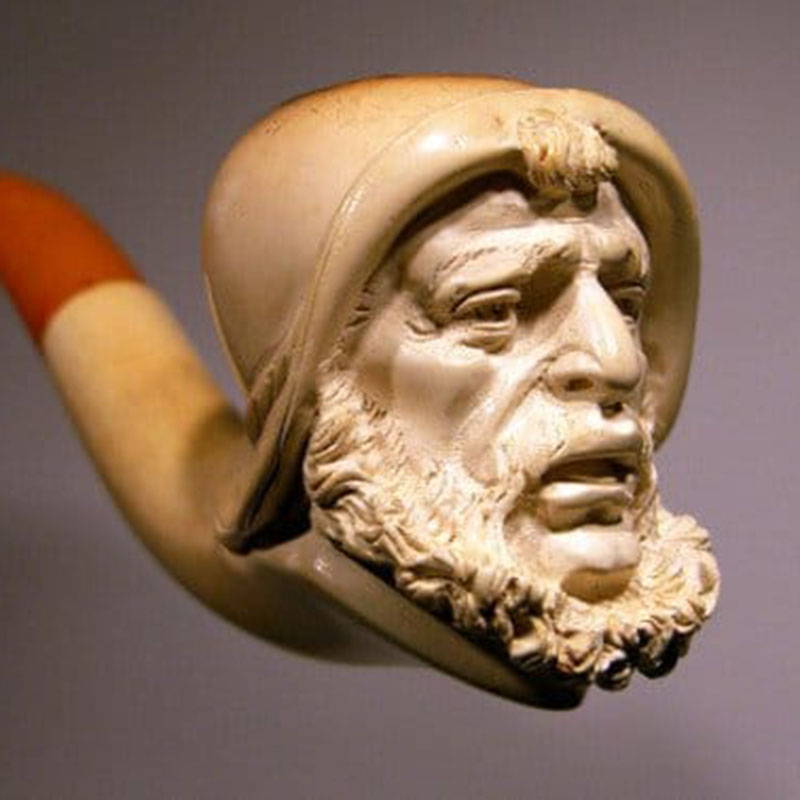 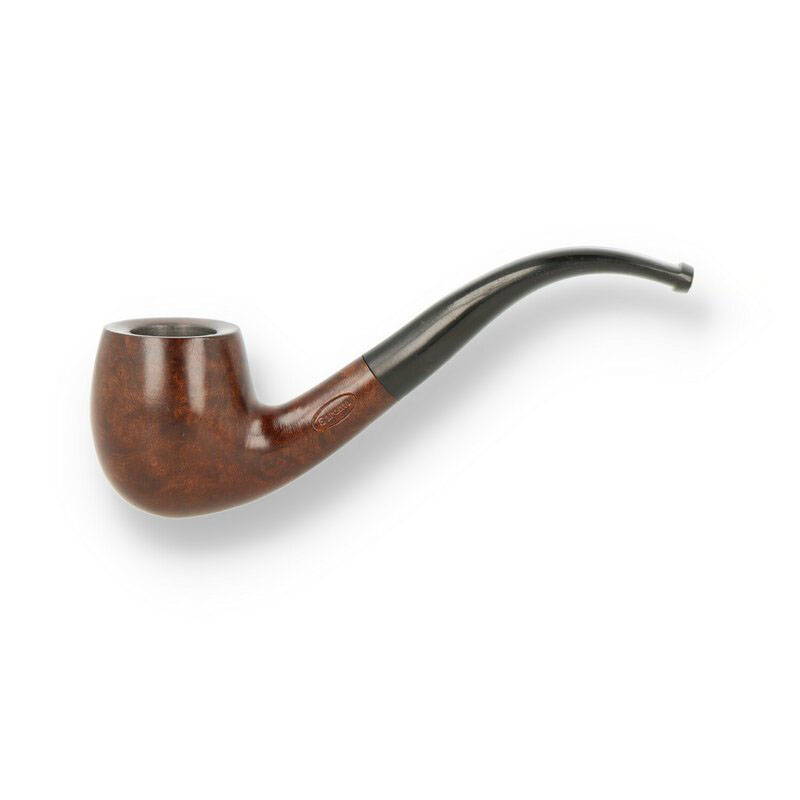 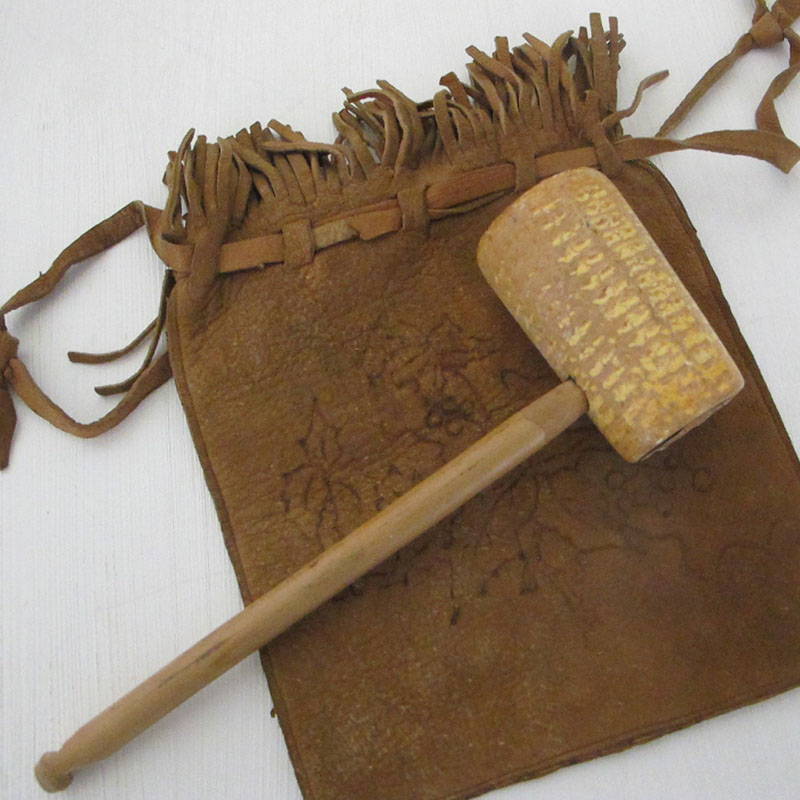 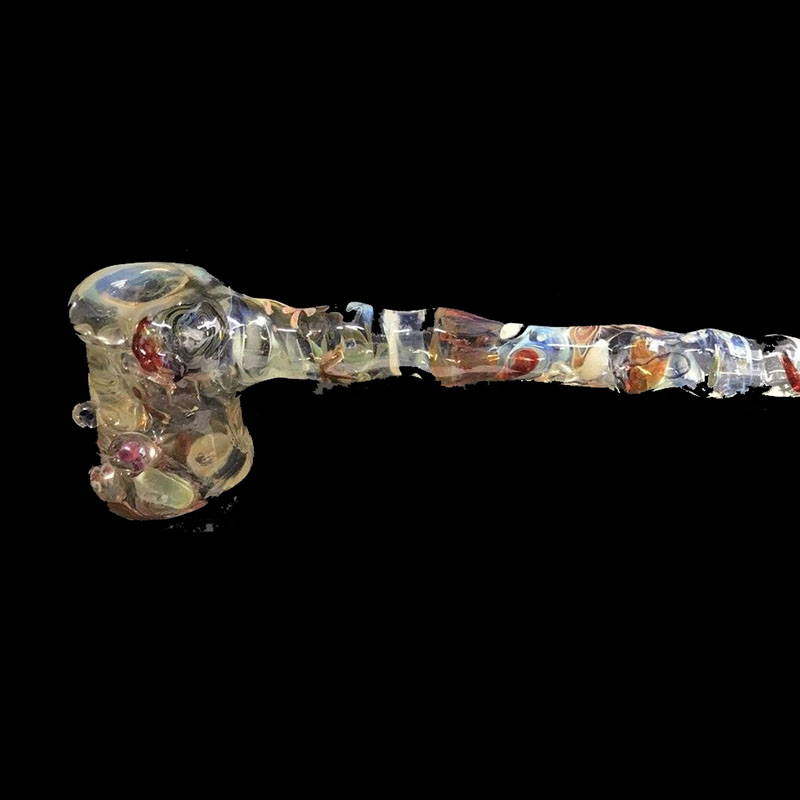 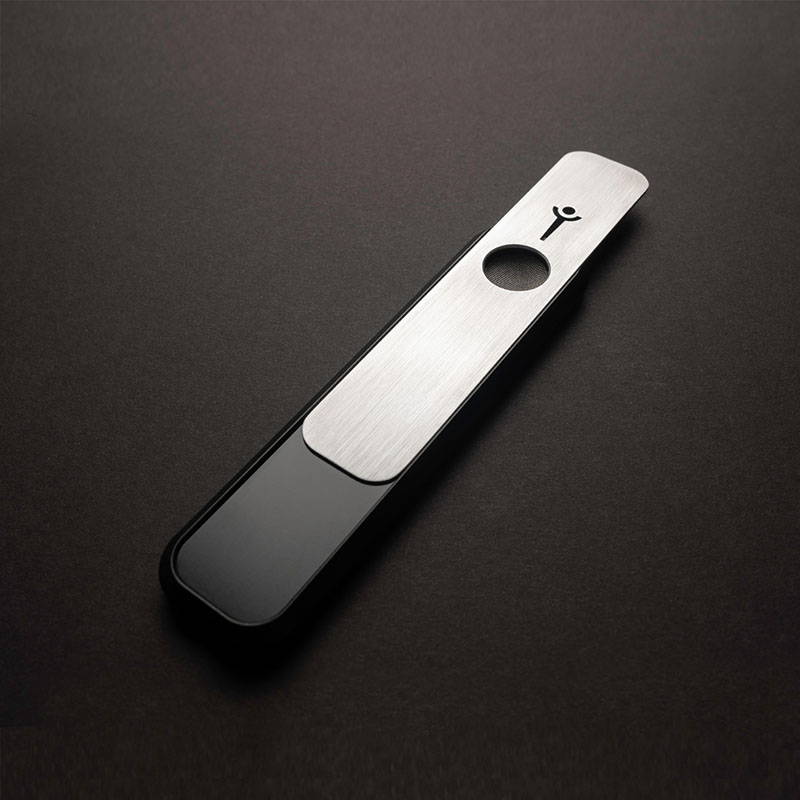 If these men were alive today, they would be smoking a Genius Pipe! 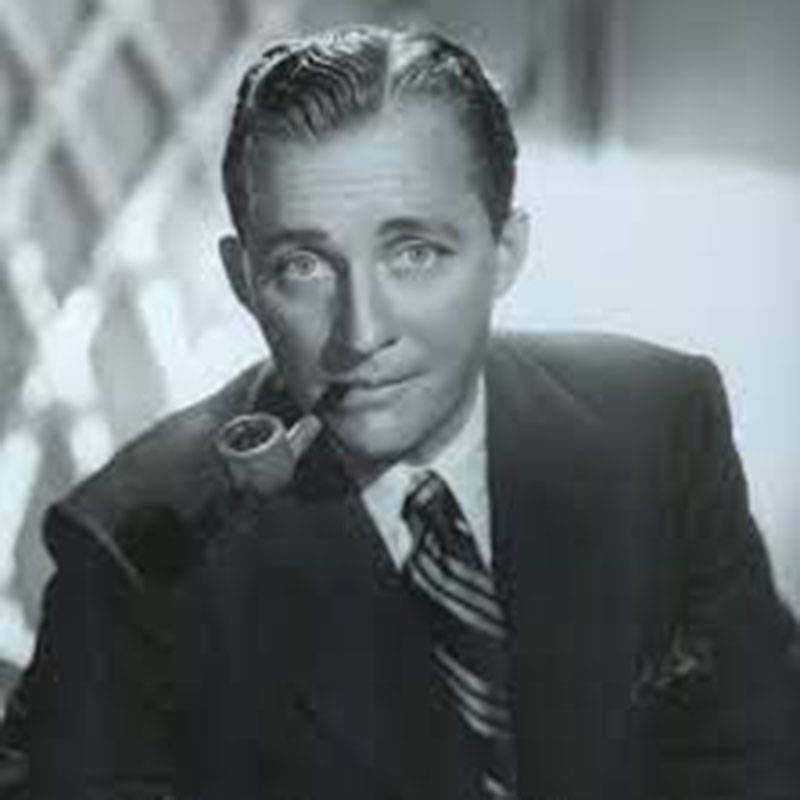 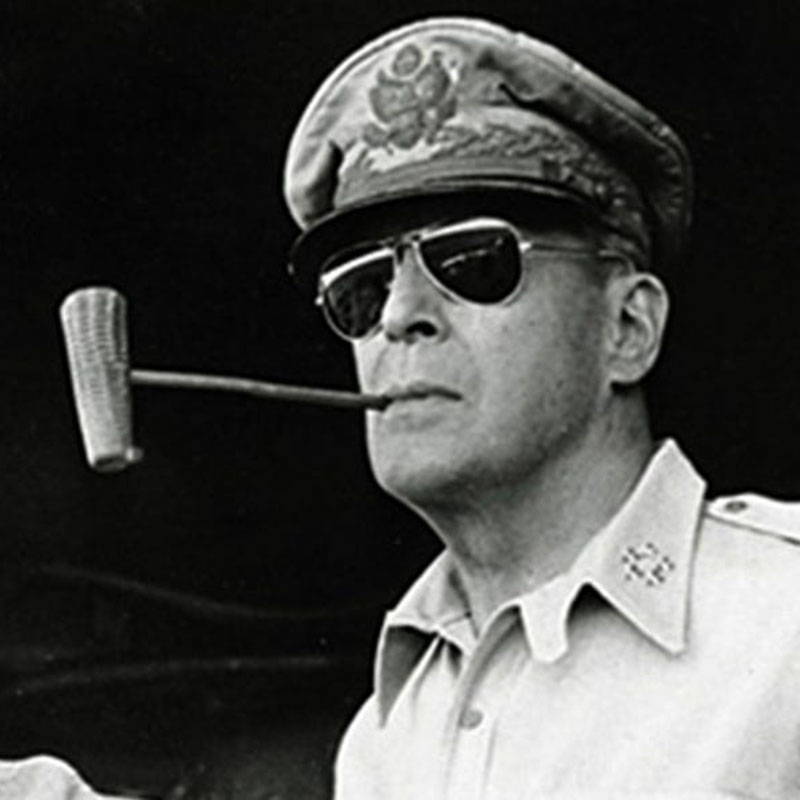 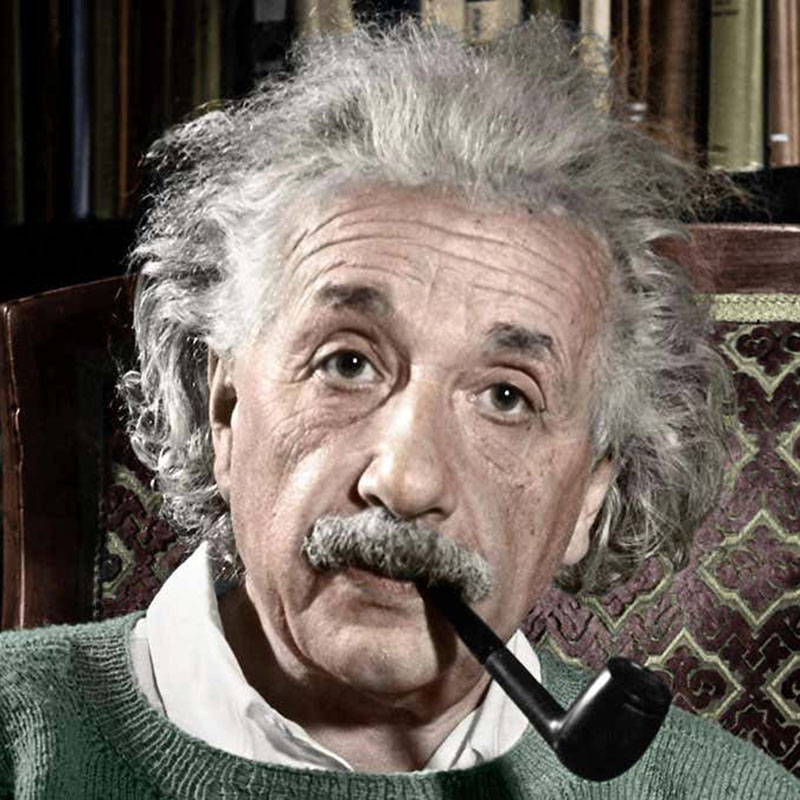 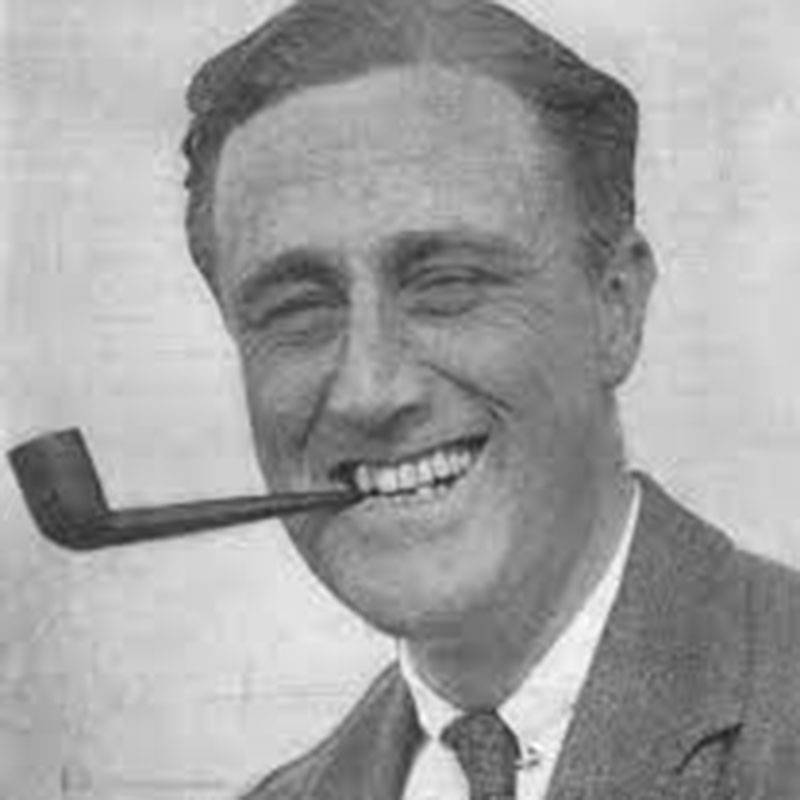 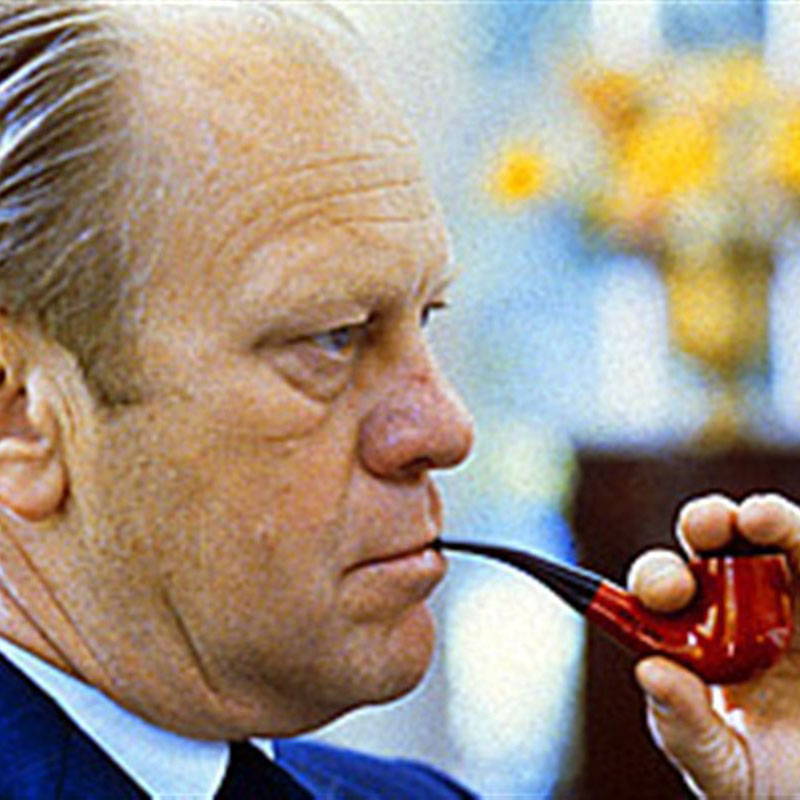 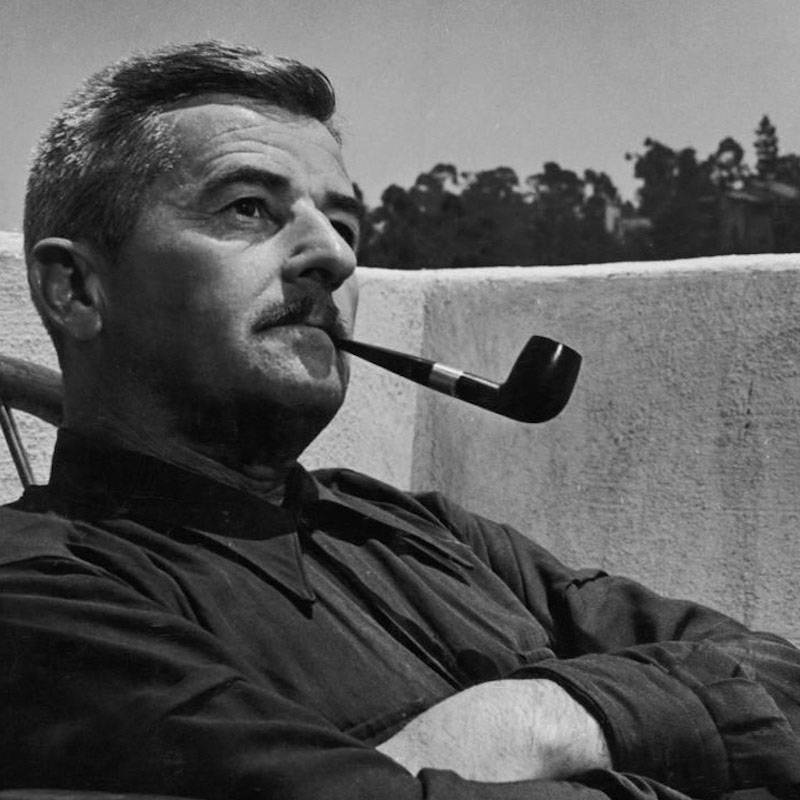 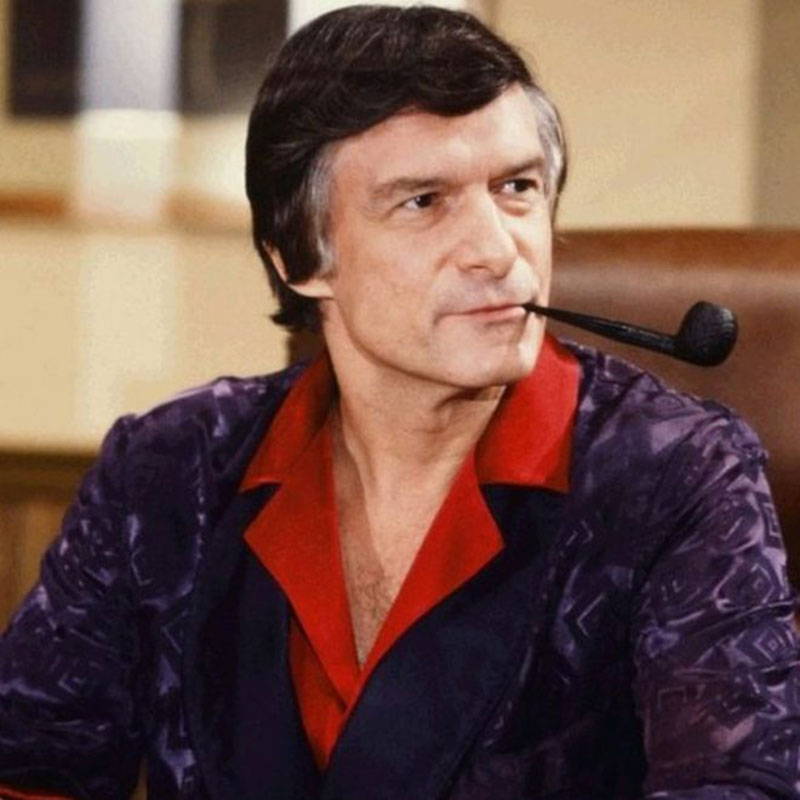 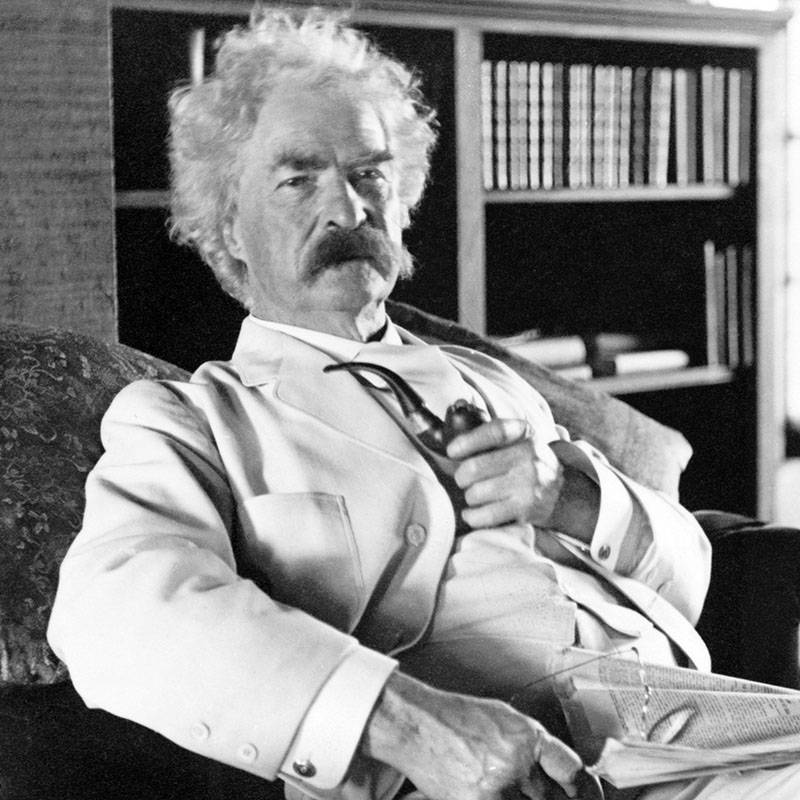 Welcome to Genius!
Are you 21+? Yes No
We are so sorry!
But you cannot enter the website (